This website was started / designed / is run by / and financed by myself.  Please be patient when expecting a quick reply as I am often away.  I will get back to you ASAP.

Your comments are always welcome.

I hope you enjoy the site. 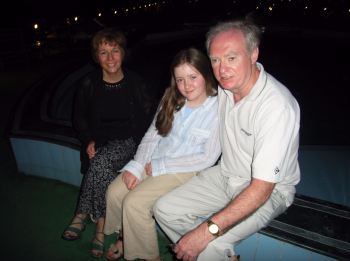 Brown Rigg School was constructed in 1938, one of a series of identical settlements built by the National camps Corporation, with the object of bringing children out of the polluted urban areas for a couple of weeks fresh air in the country. Unfortunately, Hitlers European Tour meant this never happened and the schools first function was to house evacuees from Newcastle, all girls , who were fleeing the bombing taking place in the city.

When hostilities ceased, in 1945, the Northumberland Education Committee leased the site to establish one of the countries first co-educational boarding schools, drawing children from all over the county under the guidance of the Headmaster, Mr. Weymouth Wash. There were 3 dormitories for girls and two for boys. Mr. Wash was to continue a the school until 1955 when he went to establish a similar project at Marton in Cheshire.

In the early 1950’s, the boys and girls swapped dormitories, there were then three for boys, Tyne, Wansbeck and Tweed, and 2 for girls, Hadrian and Pennine. In the 1960’s Coquet, an additional boys dormitory was added. There were two ablution blocks, dining hall, assembly hall, sick bay and, later a science block.

The school put a high emphasis on outdoor activities, there was a lot of sport, cross country running and the compulsory hikes on Sunday afternoons, sometimes stretching to 15 miles , this after a mornings tramp down to Bellingham for the equally compulsory church service. The surrounding countryside provided an amazing backdrop and was well explored by pupils, the scout group in particular, who held numerous camps, while swimming in the North Tyne river was a popular summer activity.

The school organized an annual trip to Edinburgh while two teachers, Mr. & Mrs Wilson, took pupils on an annual trip abroad, visiting Switzerland, Austria, Germany and Holland, this long before the era of package holidays. There was also a very active school choir and drama group.

Towards the end of it’s existence, Brownrigg also absorbed and educated problematic children, and those in the care of social services, alongside the normal pupil intake.  In 1985 the school finally closed, it lay deserted and neglected for a number of years until being purchased by a local farmer, who had the idea to turn it into craft workshops and  an outdoor centre. After much wrangling with the planning authorities, large parts of the school were ordered to be demolished and the football field was sold off for use as a caravan site. Fortunately, the remaining buildings are now enjoying a bit of a renaissance having been turned into self catering chalets.

In 1996, a group of former pupils got together to organize a Reunion, this was an amazing success and hundreds of people flocked back to Bellingham, from all over the world. The Reunions continue to be popular and successful and the next one will be held in June 2012.

When you look back at our lives at Brownrigg, you have to pinch yourselves and believe that you were part of what was possibly a huge socialogical working class experiment that has never since been surpassed, and is unlikely ever to be repeated, except perhaps in middle/upper class private schools.  In this day and age we have greater need to offer, in particular to single parent families, an organised, disciplined lifestyle, particularly where a father figure is absent from the normal family life.

Think about it, we had hiking, orienteering, rock climbing, farming, Scouting, sports of every kind, horse riding, canoeing, dancing, evening classes and many other activities to keep a young active mind on the track of life.

It was a continuous lesson that would set you up for whatever life would throw at you.

I am eternally grateful to whatever fortune sent me in the direction of Brownrigg School.  The only school that I ever attended where the pupils had tears in their eyes when they had to go home .